We have been serving home buyers and sellers in the Greater Cape Coral and Fort Myers real estate market since 2000. Whether you are looking for a waterfront vacation home or a lucrative investment property, we have the extensive knowledge and experience to help you with ALL your real estate needs. Florida 2000 takes great pride in matching each of their clients with the perfect dream home. It is our priority to make your real estate transaction as simple and convenient as possible. We will always work with the client's best interest in mind. So be assured that you are in the most competent hands possible. We are looking forward to give you a comprehensive view of the local home market and to make your home visions finally come true.

Many CAPE CORAL properties offer direct water access to the Gulf of Mexico. The waterways here are endless and truly unique. You will find all the beauty that you expect from waterfront living in Southwest Florida. FORT MYERS, the city of palms, offers exclusive gated golf-course communities as well as luxury estate homes and high-rise condos located right on the Caloosahatchee River. 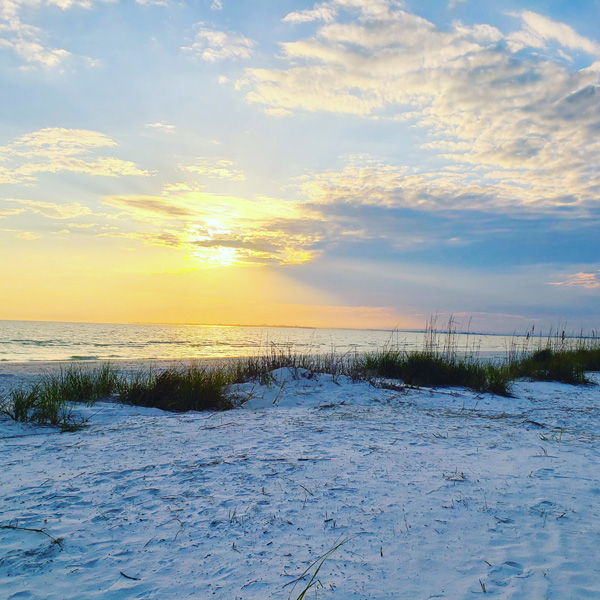 Florida is the southernmost state of the continental United States and is also commonly called the "Sunshine State". As a peninsula it has the Gulf of Mexico on one side and the Atlantic Ocean on the other. Florida is heavily focused on the tourist trade with pristine beaches and some of the world's best-known theme parks including Disney World, Universal Studios and SeaWorld. Tallahassee is the state's capital city and is located in the area known as the Big Bend in the northwest of Florida. The state's largest city is Jacksonville.

A year-round mild climate makes it the warmest state in the country. Warm weather and hundreds of miles of beaches attracted about 116.5 million visitors in 2017.

Florida is known around the world for its balmy weather with mild winters. Summers can be long and hot with showers providing much appreciated relief during the rainy season. Coastal areas also experience gentle breezes during the summer.

The city of Fort Myers is the gateway to the Southwest Florida region which is a major tourist destination in Florida. The Historic River District of Downtown Fort Myers offers vintage charm thanks to the preservation of many historic structures dating back to the early 20th-century. When you walk the brick paved streets you will find unique art galleries, colorful shops, and cozy restaurants. The city's main tourist attraction is the Edison & Ford Winter Estates. Visitors can enjoy the newly restored buildings of a previous era and a stately landscape throughout the 20 acres property. The Edison Ford Museum displays hundreds of inventions, artifacts, and special exhibits. The estates are located on McGregor Boulevard which gives Fort Myers the official nickname "City of Palms". An estimated 1,800 palm trees are planted along the sides of this glorious road. This historic area of town features beautiful mansion-type homes enclosed by lush greens and blooming bougainvillea. Take a glimpse back in time since many of them reflect the "Old-Florida" and Spanish-style design influenced by Florida's early discoverers.
The Southwest Florida International Airport (RSW) located in Fort Myers is perfectly positioned to serve the greater Southwest Florida region. With quick access to Interstate 75 and US 41, travelers can go from baggage claim to their vacation destination in no time.

Another exceptional Southwest Florida city is Cape Coral. Cape Coral has more miles of canals than any other city in the world. It is known as a "Waterfront Wonderland" with over 400 miles of navigable waterways of which many have access to the Gulf of Mexico. The city was founded in 1957 by the real estate developers Leonard and Jack Rosen. They purchased a 103-square-mile tract of land and began development of the city as a master-planned, pre-platted community by laying out the design and digging the canals.

Cape Coral is a peninsula and is connected to Fort Myers by two bridges. The Cape Coral Yacht Club area features a small sandy beach and a fishing pier on the Caloosahatchee River. The city is home to SunSplash Water Park, more than 30 recreational parks, and 7 golf courses. The area is known for the largest population of burrowing owls in the state of Florida.
Visitors are drawn to Cape Coral for the paradise-like and unique waterfront living and of course it's close proximity to the beaches of the Gulf of Mexico.

Fort Myers Beach is a favorite destination for many locals, snowbirds, and vacationers. It is located on Estero Island and linked to the mainland of the Fort Myers area by Matanzas Pass Bridge. The beach gained a reputation as the World's Safest Beach because of no undertow and shallow water. Visitors can walk the entire 7-mile length of the island along its sandy Gulf of Mexico shores. Bowditch Point Regional Park at the northern tip of Estero Island and Lovers Key State Park at the southern tip are two main tourist attractions. Both parks offer a relaxed atmosphere for walkers, swimmers, and sunbathers. Features are walking trails, picnic areas, boat ramps, and kayak, canoe & bicycle rentals.

Sanibel Island is a barrier island located just offshore of Fort Myers. Sanibel beaches attract visitors from all around the world because the island is gifted with pristine white sandy beaches and an abundance of seashells. Lighthouse Beach is named after the famous Sanibel Lighthouse which includes a popular fishing pier and nature trails. The most secluded beach on the island is Bowman's Beach. With no hotels and other buildings in sight the atmosphere is completely unspoiled and quiet. More than half of the island is made up of wildlife refuges. The biggest wildlife refuge is the J.N. "Ding" Darling National Wildlife Refuge. Visitors can walk, bike, drive, or kayak through five miles of mangrove tree forests and tidal flats.

A short bridge links Sanibel Island to Captiva Island over a little strait called Blind Pass. Like Sanibel, Captiva is a barrier island, but it is much narrower. Half the island is in private ownership with luxury homes on the gulf and bay side of the Sanibel-Captiva Road - an area also commonly called the "Millionaire's Row". A must-see on Captiva Island is the charming little ministry Chapel-by-the-Sea. This place is a beloved location for romantic weddings, either on the beach or in the Chapel. A treasured tradition is the Chapel's Christmas Eve service where worshippers gather outside with lighted candles to sing Christmas carols. The northern part of the island resides the renowned and prestigious South Seas Island Resort & Yacht Harbor Marina.

The Cape Coral/Fort Myers area experienced a real estate boom in the beginning of the 2000's and was hit hard by the following collapse of the market in 2006. In 2010, housing inventory returned to normal levels and today this market is among the three fastest recovering areas of the US real estate market.

The amusement parks, mostly located in the Orlando area which is about a three hours' drive away, are a huge tourist attraction.
Walt Disney World Resort is the largest vacation resort in the world, consisting of the four theme parks Magic Kingdom, Epcot, Disney's Animal Kingdom, and Disney's Hollywood Studios. Also belonging to the resort are Disney's water parks Blizzard Beach and Typhoon Lagoon. Bush Gardens in Tampa, located about 140 miles north of Fort Myers, is another tourist attraction right after Disney World for thrill seekers and animal lovers.

Beach worshipers, outdoor lovers, and golf enthusiasts will all find the "Sunshine State" equally charming. Throughout the state of Florida there are more than 1,000 golf courses available catering to every player's level. There are currently over 40 golf courses in the Marco Island - Naples area, with more being constructed each year. Spending time enjoying Florida's outdoors is the natural thing to do especially during the drier and cooler winter months. Florida offers places of undisturbed nature with hiking and biking trails and a myriad of wildlife watching opportunities. The well-known Everglades National Park is the largest subtropical wilderness in the United States and is habitat to rare and endangered species like the Florida Black Bear, the Florida Panther, and the American Crocodile. The ample flora and fauna of this wetland area harbors more than 350 species of birds, 40 species of mammals, and 50 species of reptiles.

Another natural wonder is the adjoining Cypress National Preserve. Big Cypress National Preserve provides a variety of opportunities to enjoy the outdoors such as hiking, scenic drives, canoe or kayak excursions, and ranger-led activities. This protected area is the back yard for the millions of residents and visitors in South Florida. The freshwaters of the Big Cypress Swamp, essential to the health of the neighboring Everglades, support the rich marine estuaries along Florida's southwest coast. This preserve is a freshwater swamp ecosystem and it provides the largest continuous acreage of habitat for panthers in south Florida. The preserve has one of the largest fire management programs in the National Park System, burning roughly 60,000 acres each year.

If you want to do something out of the ordinary get aboard the Key West Express and sail south directly from Fort Myers Beach or Marco Island to the southernmost city Key West. It is considered the fastest and most fun way to visit paradise. There is always something going on in Key West. It is known for world-famous sunsets, water activities, lively night life, sipping margaritas, and historic sites such as the Ernest Hemingway House.

You will find North America's only living coral reef ecosystem just a few miles offshore the Florida Keys. The beautiful keys are a perfect escape. The warm turquoise waters are inviting for snorkeling, diving, or fishing. If you take a picturesque drive down south you will see highlights like Key Largo, Islamorada, Marathon, Bahia Honda, and Big Pine Key on your way. All the islands are connected by dint of bridges - some of them are gigantic constructions like the 7-mile bridge that is connecting the lower keys all the way down to Key West.

You can find additional useful information about popular cities and topics as well as insider tips about shopping, dining, beaches, travel & more at www.visitflorida.com